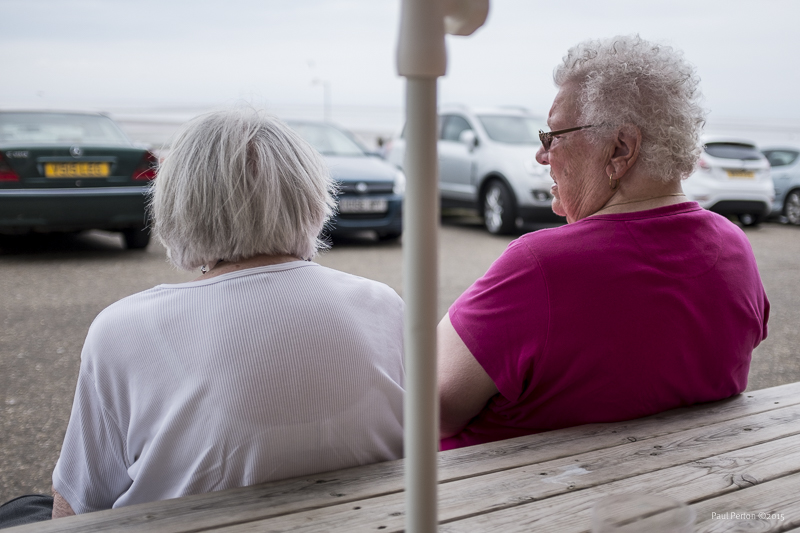 Two pensioners have plonked themselves heavily down (uninvited) on the other side of the rickety bench/table we’re sitting at, outside a pub in Hunstanton. Locally, it’s supposedly called “Sunny Hunny”, but not today – the weather is definitely full UK summer; chilly, overcast and threatening rain. Soon, our uninvited guests run out out of energy, interest and conversation and go in search of a “nice cu tee.”

Not before jumping-up deceptively quickly, almost catapulting me and my drink over on my arse, like mischievous kids on a see-saw. They stump off, leaving us a once again a clear view of a morose coastline and knots of people wandering aimlessly in the grey daylight.

We stopped here for lunch, but gave up when I discovered that the bearded beauty behind the bar didn’t know what Angostura bitters (for Mrs P’s tonic water) was, didn’t have any anyway and worse, had no halfway decent cider available. The lunch menu had proved similarly uninspiring and so we were almost ready to bolt for the car to try elsewhere, when an elderly Nigel Mansell whirred by on his mobility scooter.

Spotting a gap between the parked cars, Nige went for the grass beyond, crashing and bumping the front wheels over the low kerb at a surprising speed, only to ground the running board on the self-same kerb stone. There he sat, revving the electric motor, wheels spinning, going nowhere, waiting for the marshals to come and push him.

Rather than ignore the noise, a passing local obliged and Nige finished mounting the kerb and took off over the grass, frightening greedy seagulls and yet more pensioners out of his way with demented abandon.

It must be something in the water. 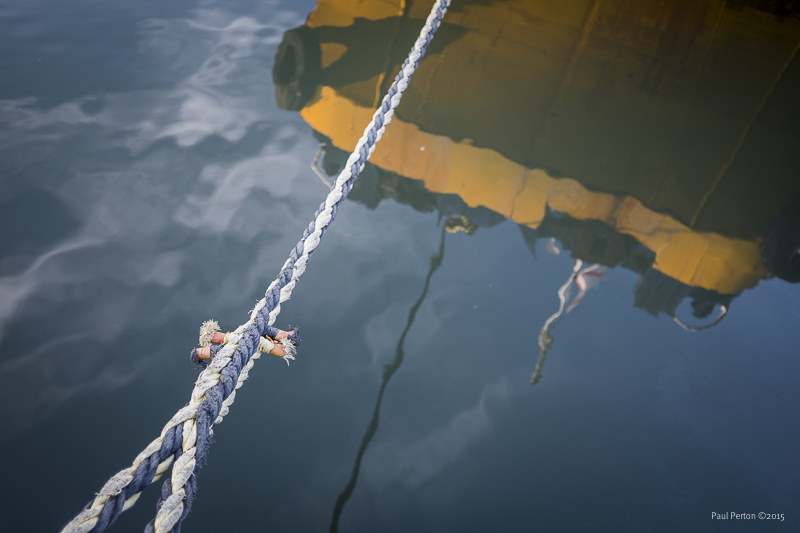 We’d been in Norfolk since last weekend and I’d finished part two of this tale yesterday, before this little pageant played itself out. Today, we’ve driven several hundred kilometres further north, to arrive mid-afternoon in Filey.

It’s now raining on Yorkshire’s east coast, although the weather wonks say it will clear, I’m not holding my breath: 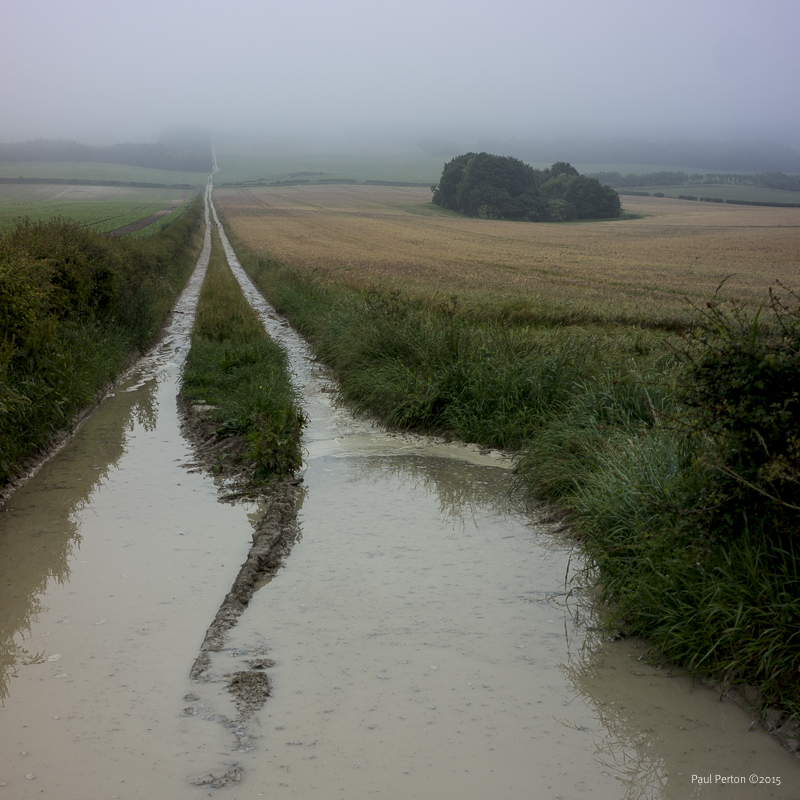 Monday. Yorkshire’s been and gone although we have promised ourselves a longer visit next time. On this visit, we managed to get to York to see the city, try and shop a bit (fruitless) and see the National Railway Museum. The city is busy at this time of year and the Museum interesting, but sterile – I mean, how could you imagine anything to do with railways that is clean? It’s also a bit anodyne for us die-hard gricers. 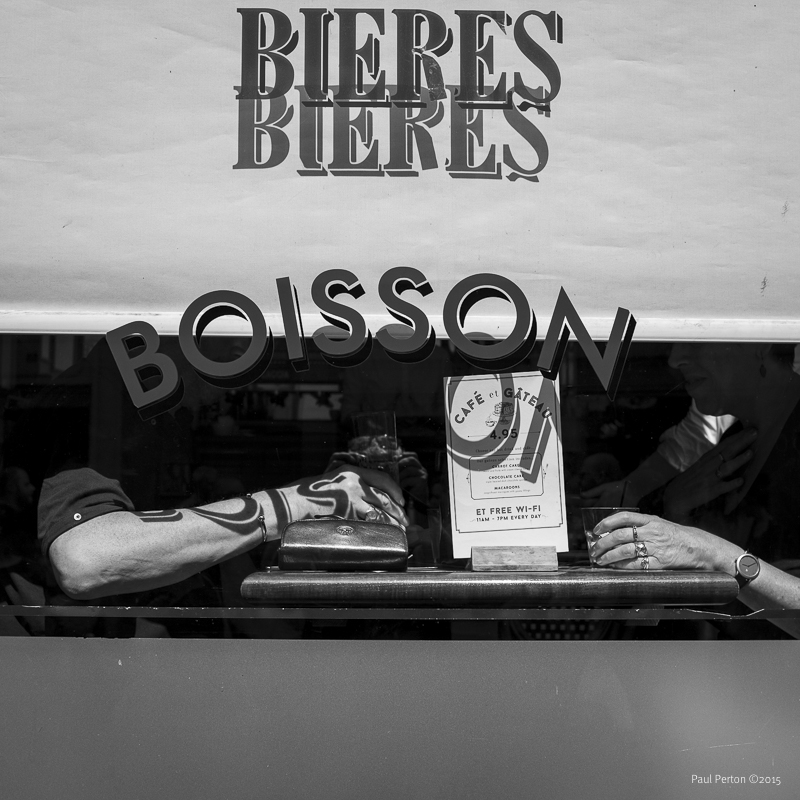 Anyway, essentials attended to, we headed for Whitby, stopping at Grosmont so I could watch grown ups playing with real steam trains.

Whitby! Home of the Magpie Café, winner of the World’s best fish and chip restaurant award and awash with holidaymaking Brits. I’d been fantasising about a plate of skate, some crispy chips and a big spoonful of mushy peas for some time and ended up sad. Apparently, there’d been no skate landed that morning, so I chose cod and was rewarded with a brilliant white fleshed fish, beautifully battered and fried, lots of chips, all on better than neighbour terms with some bright green pea mush. Brilliant, but still not skate. 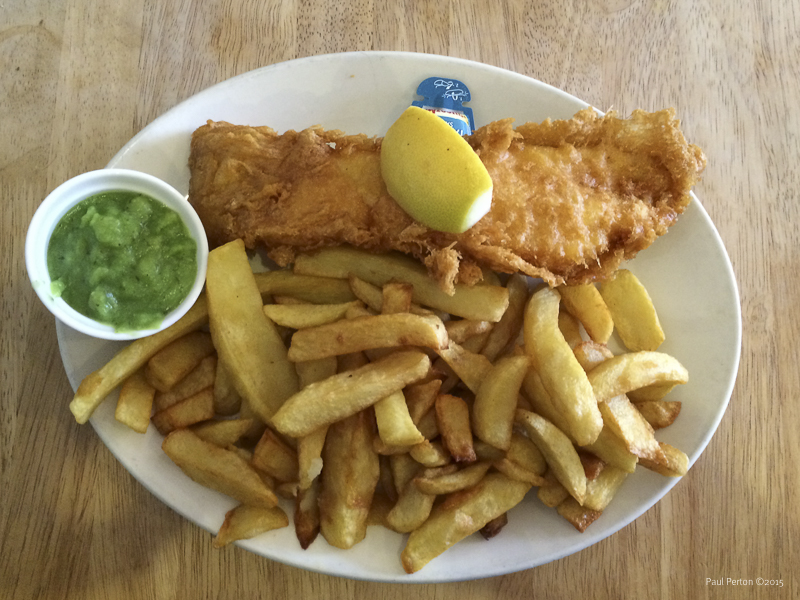 Who wouldn’t love this?

We’re staying in an AirB&B spot in Filey. It’s a beautifully renovated garage, with a downstairs kitchen and a full-on bedroom and bathroom upstairs. No wi-fi, which is unusual.

Mainly though, there’s nowhere to put anything. We don’t carry much around with us, but like to have suitcases open to reach in and grab clothes and stuff as needed. Not possible.

Also not possible was a table for my laptop and phone/charger/backup disk. Hmmm.

Still it’s beautiful, clean and white. Everywhere. Which made us both feel a bit awkward, lest we spill our morning coffee, or drop toast crumbs. Then I went to the loo and when finished, pressed the large chrome flush button and immediately reached for a tissue to wipe my fingerprint away – that was it! It was all too perfect and just not comfortable. Shame really.

Filey to Edinburgh followed on Sunday. Four days in Scotland’s best city shooting images for a planned InSight: Edinburgh (see images below) and then on to Glasgow, where this post nears completion. 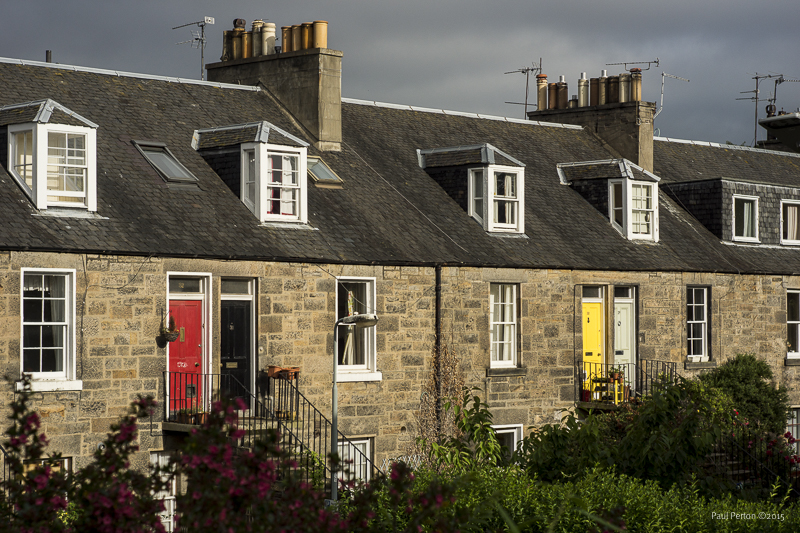 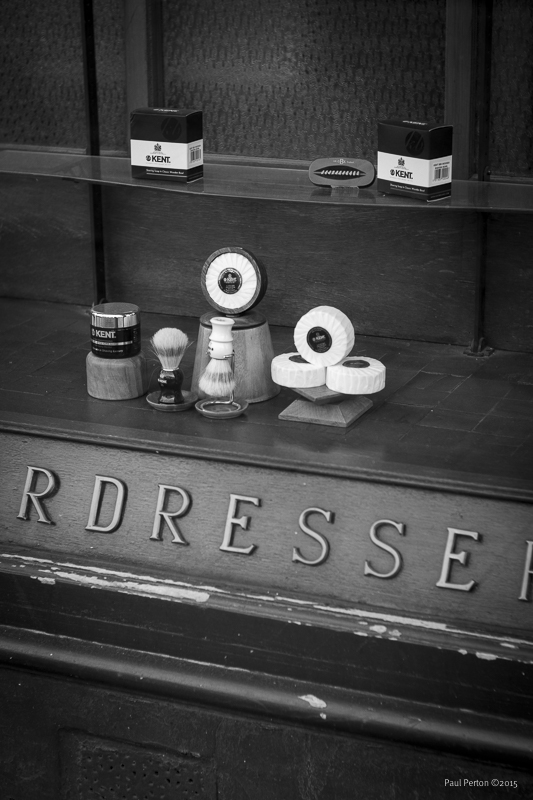 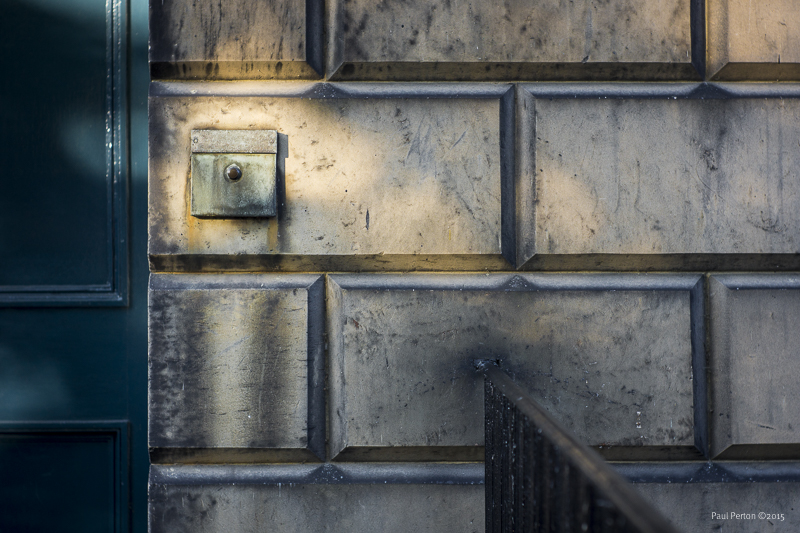 We’ve hardly seen the sun for a fortnight and Edinburgh has been unremittingly chilly to boot. That said, as we contemplate packing and the drive west to Glasgow, the sun emerges and the entire city takes on a different feel.

I’d pre-booked a tour of Central Station before leaving home. It’s touted as a walk through the catacombs of Glasgow’s main railway hub and didn’t disappoint. Not that there’s so much to see, but our guide; historian Paul Lyons, more than compensated.

He showed us little nooks and crannies where coal and corn had been stored, goods handled, passages and tunnels led to the banks of the Clyde and in a broad Glaswgow accent wove a tale of ghostly presence and floored us all with details of how heartlessly the dead were returned to the city and their relatives during the Great War. There was hardly a dry eye when he’d finished his tale. 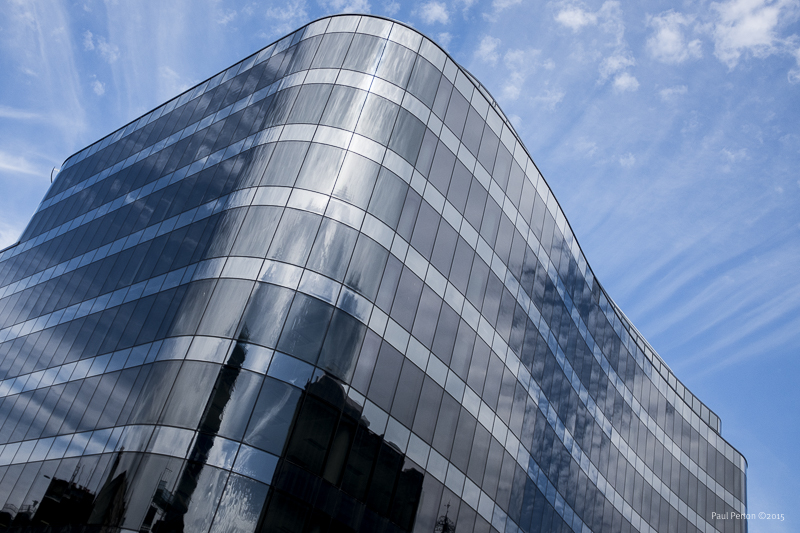 Blue sky – a rarity in Glasgow this summer 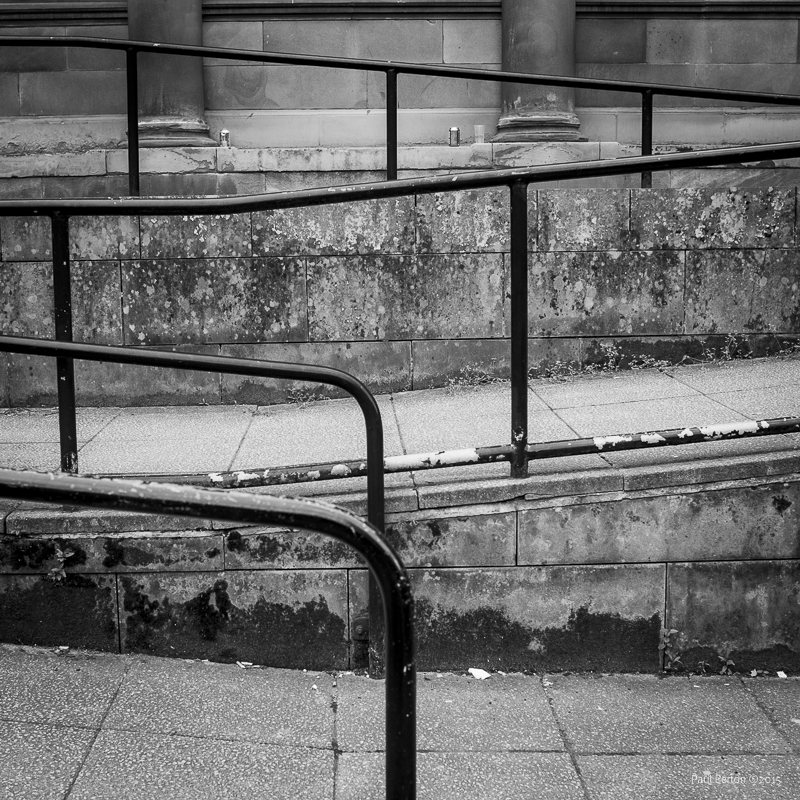 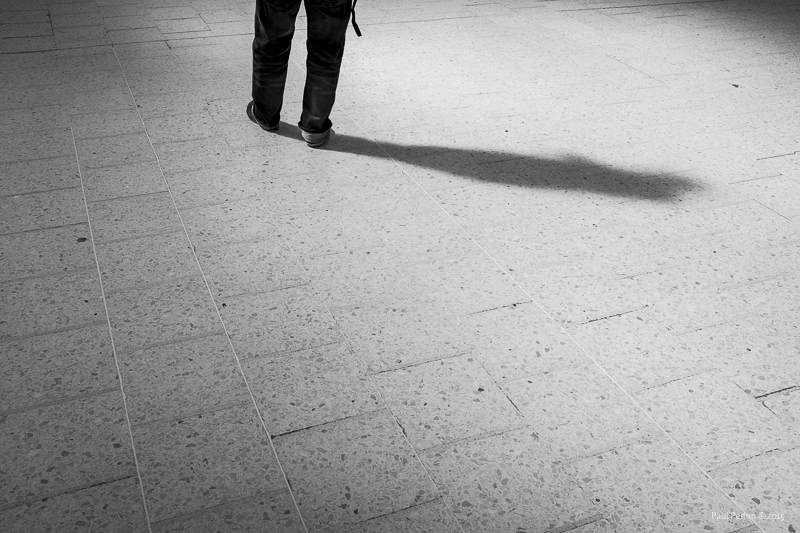 If you are ever in Glasgow and have an hour to spare, this is a must-do, especially if Paul is on duty.

Next stop; Grantown-on-Spey for our now annual meet-up with a crowd of friends from long-gone Johannesburg days, salmon fishing and that bloody fishing rod.

Meandering The Spey gives in (after four years)
Scroll to top