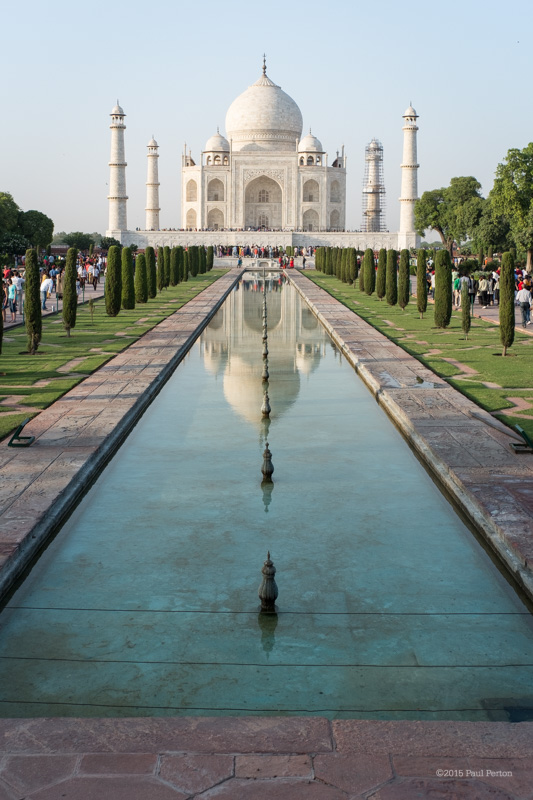 Gwalior. Not on the itinerary of many India visitors and it really should be.

I’d added it to ours on a whim – the evening before the details of our tour were set in stone, I’d been idly remembering a series of British steam locomotives that had been named in the ’30s after various Commonwealth countries, provinces and cities. Amongst them, Gwalior.

Not very PC in this insane world of being frightened of offending people, but there was an easy two day slot in our schedule. So, why not? 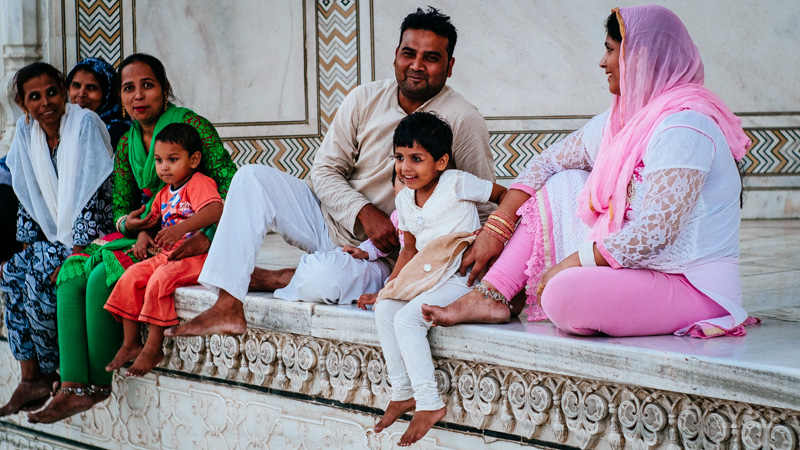 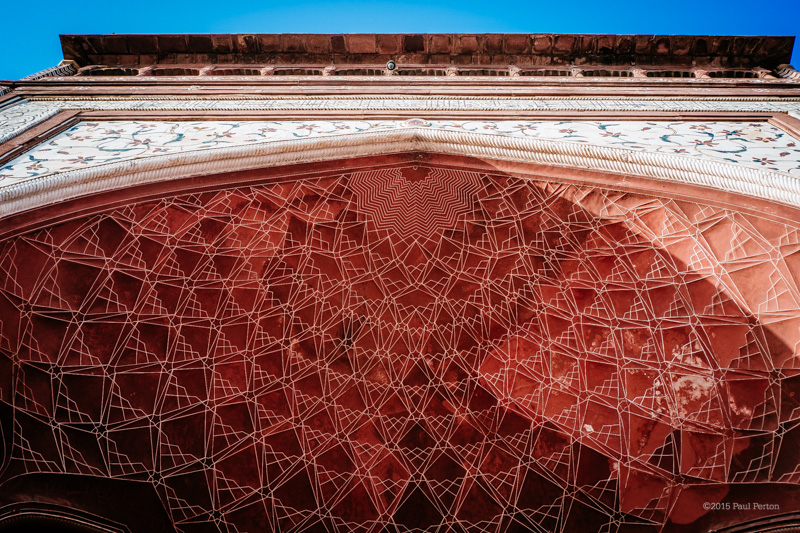 The observant amongst you will quickly realise that I’ve skipped Agra and the Taj Mahal. Not. That’s about to happen. In truth, Gwalior probably ought to rank equally with the TM and if you’ve been there before, do replace it on your list of places to see.

We’d left Lucknow by train – did you expect anything different? It was a horrible journey, almost as bad as the TANZAR between Lusaka and Dar es Salaam, which is probably unfair as Zambia Railways actually got us into Dar on time after three and a half days. The bloody Lucknow-Agra Express was dirty, more cramped than a flight on Mango Airlines in South Africa, full of broken seats and seat back tables and the air conditioning was on a par with an asthmatic old man.

I decided not to risk the WC.

Anyway, this bloody old contraption eventually lurched into Agra at 01:00, three hours late after stopping at every station and signal along the way. Fortunately, our guide was still patiently waiting for us and sped us off to our hotel and a couple of hours of wide awake in bed, waiting for sleep to come. We’d abandoned our 05:00 alarm call to see the Taj Mahal at sunrise.

Instead, we visited at dusk and it’s magnificent – pretty much as you’d expect. This is low season, but there were still thousands of visitors milling around and getting any kind of collectible photograph is hopeless. We did the sunrise shoot the following morning, immediately prior to getting back on our small bus for the drive to Gwalior.

That was also special. Less visitors, fewer locals jostling and some nice photo opportunities and a brilliant sunrise. 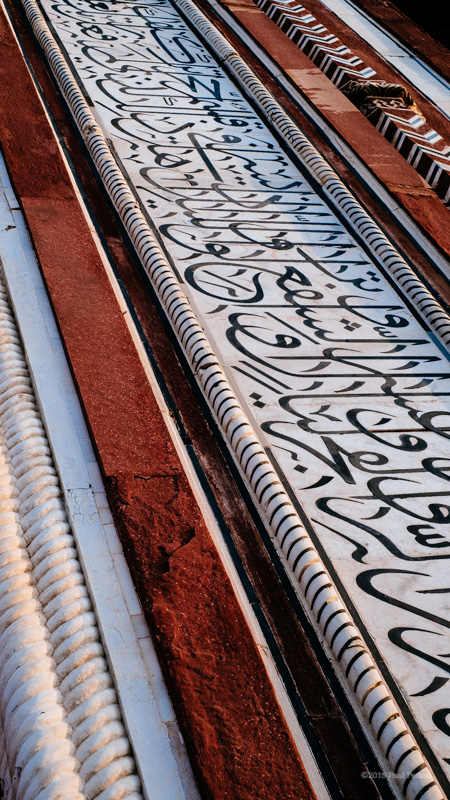 Agra? Great, but as WikiTravel says; one day and flee. I’ve been there and now understand why. 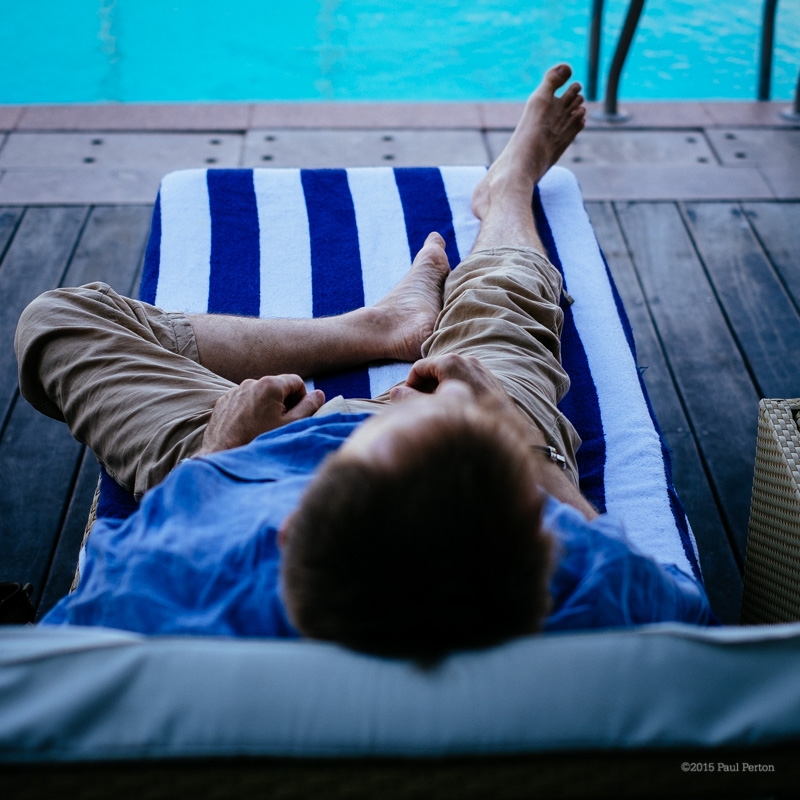 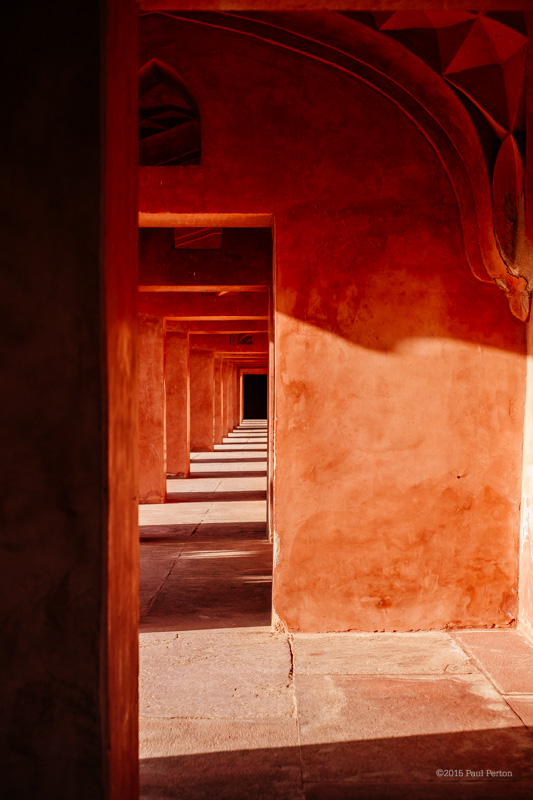 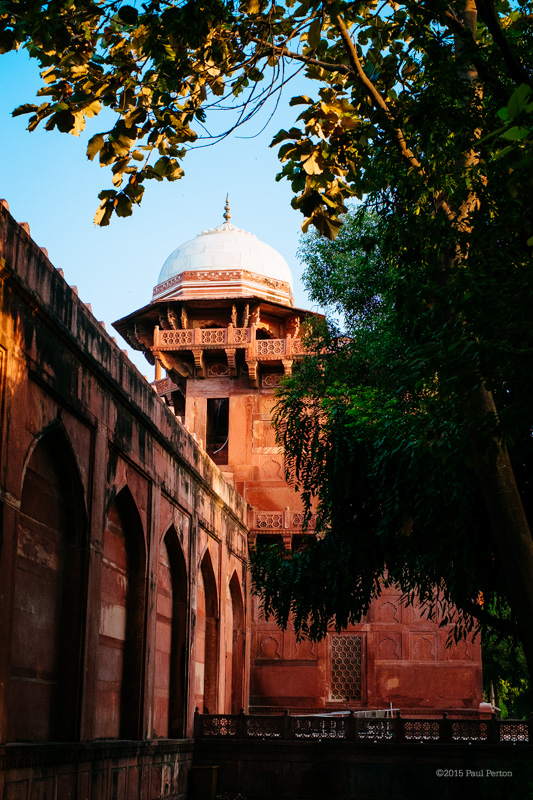 This morning’s guide arrived full of beans and was clearly a local history maven. He took us to the fort – actually a mogul’s palace and temple. In a word; spectacular.

The fort is perched on a hilltop overlooking the city and our tour explored pretty much every nook, cranny and tiny staircase in and between the walls. Our guide didn’t guide, he taught us about Shiva, Vishnu, the succession of moguls, wives, the architecture, habits, practices and just about everything else. In short, he brought the whole two thousand year history of the fort and its surrounds to life. Taj Mahal? Seen it and won’t go back. Gwalior? Read on.

According it the blurb, we’re staying in a non-hotel hotel. A self-catering boutique hotel, created from the tumbledown structure of some former mogul’s guest house, the hotel has a central buffet-style dining room if you want to use it and not much else. It’s old, renovated, comfortable, surrounds a large lawn area and is entirely enchanting.

To our (all of us) delight, there are several tiny temples and other ancient buildings also on the property and accessible to guests. Having arrived late yesterday afternoon after a lengthy road journey from Agra, my sundown shoot on the property was hurried and yielded little. This morning’s sunrise wander amongst the temples was everything I’d hoped for yesterday and a great deal more.

Gwalior is welcoming – as are all of the places we’ve visited so far – and as hectic as we are coming to expect. It also has the special something Agra lacks. I’d recommend it to any traveller.

The rest of the family arrived in Agra, along with my new Fuji X-Pro and Fuji 35mm f1.4 lens. Between visits, walks, food and beer I’m working through the manual and trying the new lens and well as my various M mount lenses on its adaptor. So far, the 50mm Summilux, 25mm Biogon and Voigtlander’s 15mm all seem to work fine. The latter is a complete surprise as my Sony NEX-7 simply refused to deliver anything usable with it.

While I’m learning the X-Pro, I’ve been relying on my X100T and growing to respect it more and more. It’s simple to set up, incredibly forgiving of my regular poor decision making, reliable and can shoot against a 2-3 stop overexposed background and still deliver a magically balanced, usable image.

More? It’s small, unobtrusive, unthreatening and totally silent. It’s visual qualities have been amply demonstrated by many other photographers around the world. I’m late to the party, but will happily sing its praises and endorse those that have gone before. 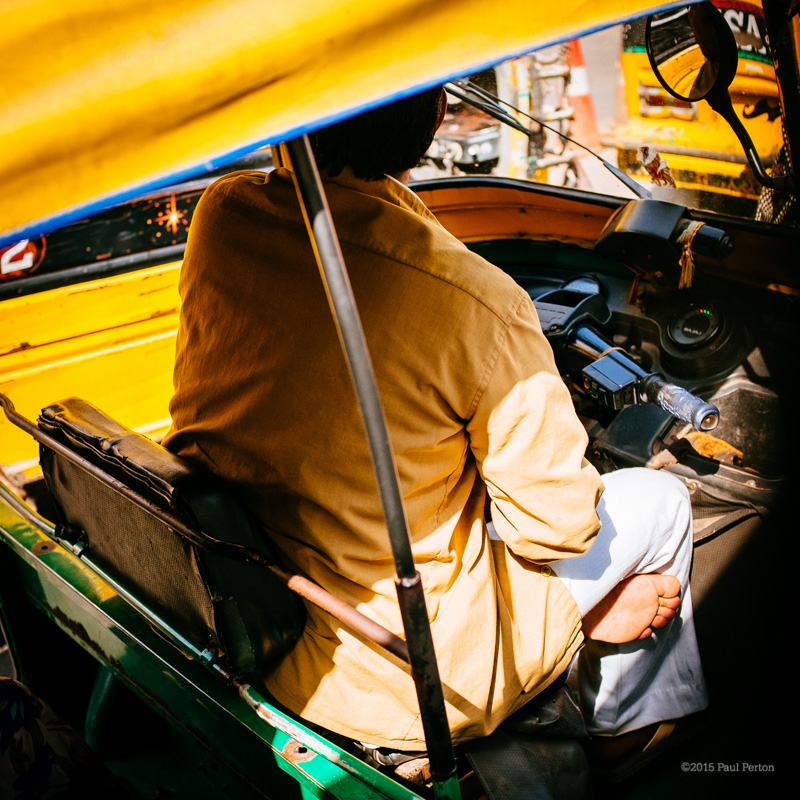 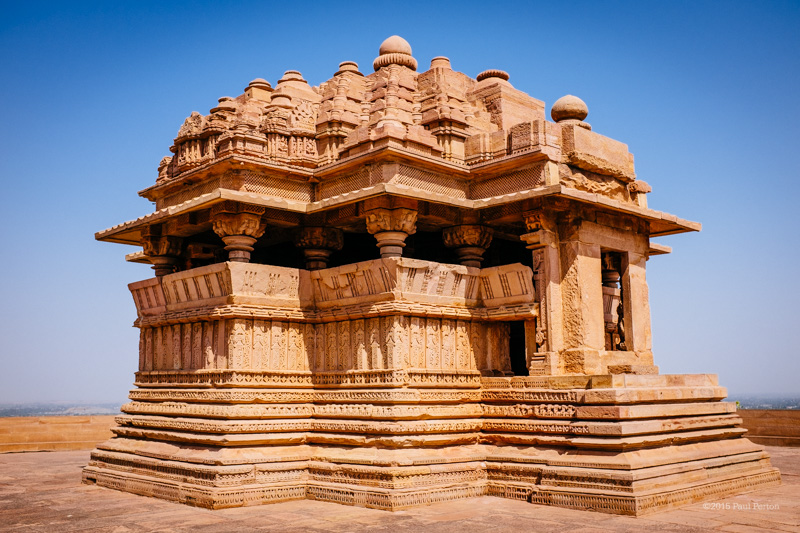 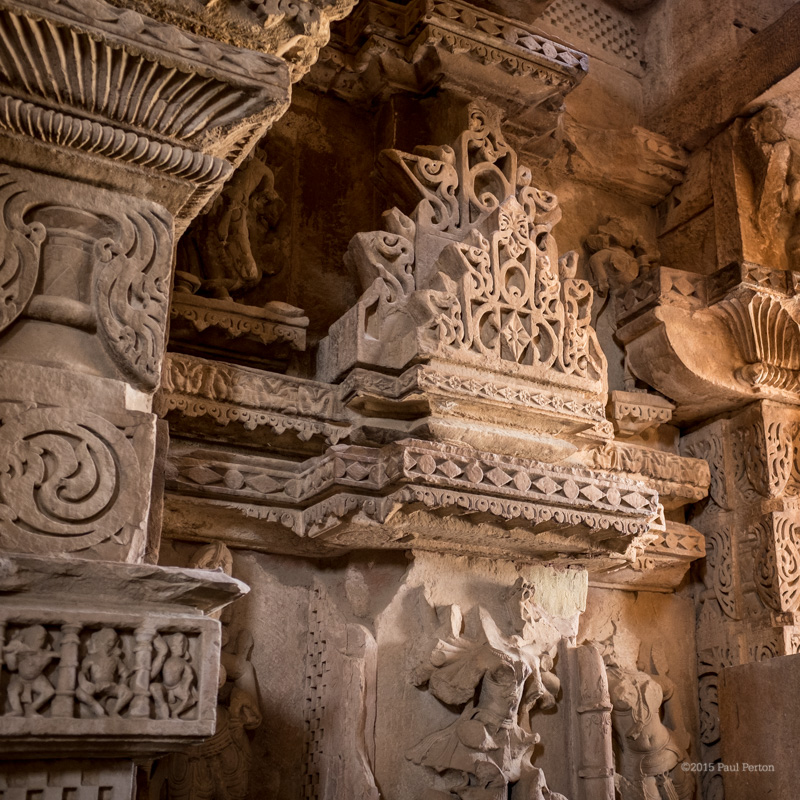 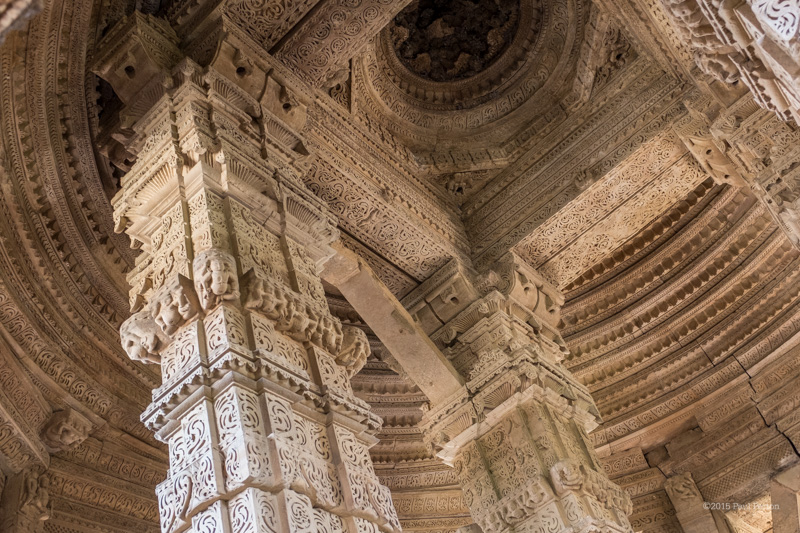 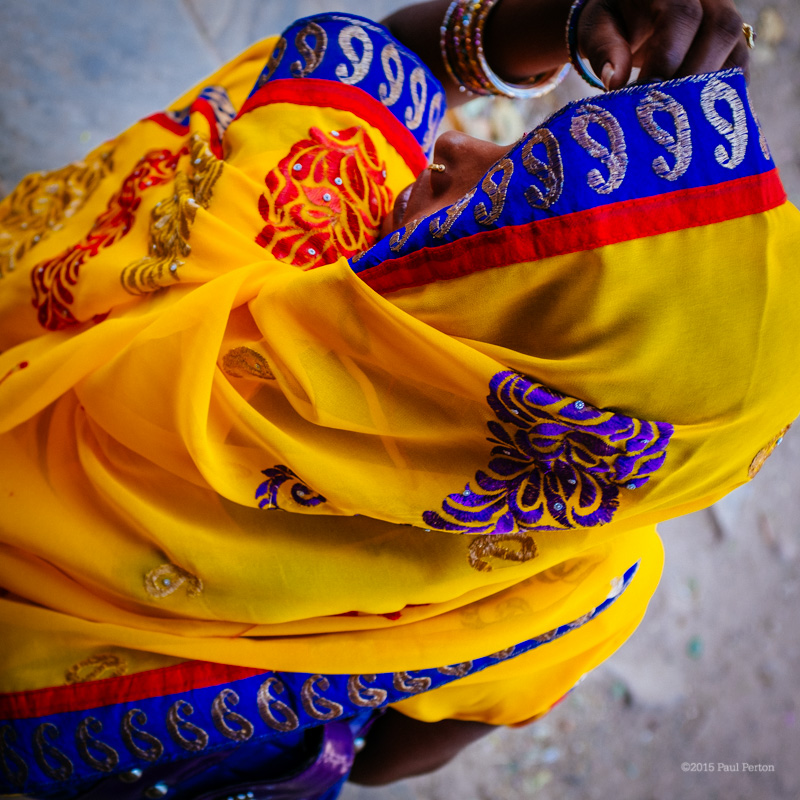 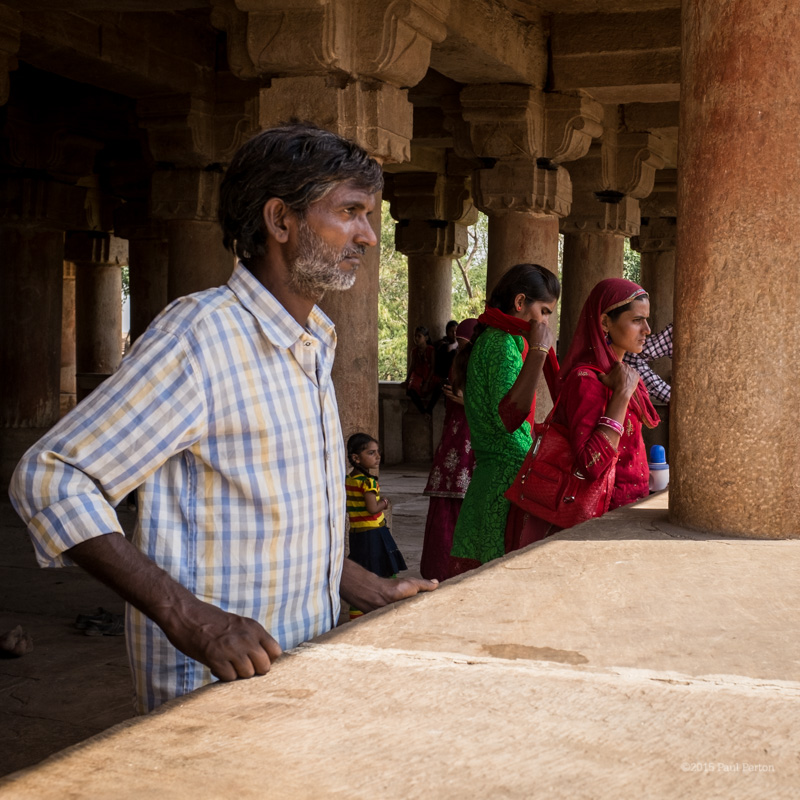 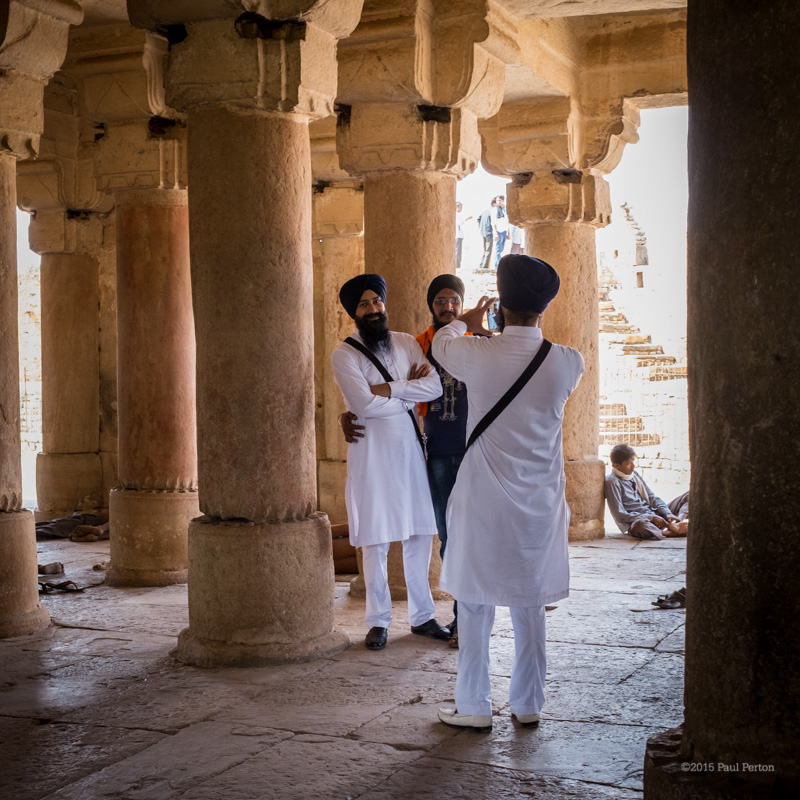 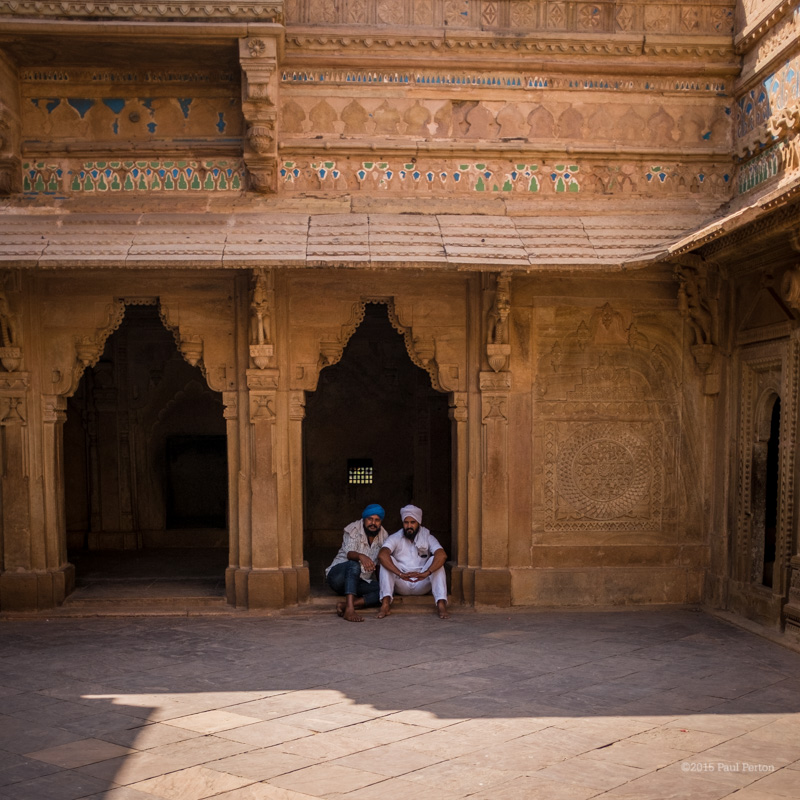 Tokyo in black and white pt. 1